Rained Out at the Art Factory in Paterson

Figgy has been interning on and off this summer for an artist at the Art Factory in Paterson, a hard-working Jersey town that was once a jewel in the crown of America's textile mill centers [silk was its shimmering pride and joy]. Fig and friends were set to help at an outdoor event with a band from 6 to 9 tonight, but the looming rain came by the time Punchy and I pulled up at 7:10. Still, I liked seeing the space. It's a magnet for artists and a new event venue.

The worn brick buildings were part of an industrial complex dating to the 19th century. On one building, I could make out the faded lettering of LYONS ELECTRIC CO. Staring at others through the raindrops, I longed to know who worked there, what machines they ran, how hard their lives were, what shifts they clocked--and what textiles they produced*. I wanted to hear the voices of the women and the men.

Now hot and tired and still must finish an article. But how can I complain, really, sitting at my parents' mahogany dining table in front of the A.C., instead of working in a stifling hot mill for 13 hours--as a child? Good night to you. 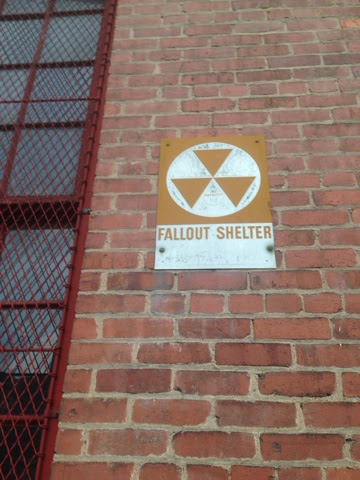 *Per Wikipedia: The 1835 Paterson textile strike...involved more than 2,000 workers from 20 textile mills across the city. The strikers, many of whom were children and of Irish descent, were seeking a reduction in daily working hours from thirteen and a half hours to eleven hours. Support from other workers in Paterson and nearby cities allowed the strikers to sustain their efforts for two weeks. Employers refused to negotiate with the workers, and were able to break the strike by unilaterally declaring a reduction in work hours to twelve hours daily during the week and nine hours on Saturdays. Many leaders of the strike and their family were blacklisted by employers in Paterson after it ended.

Email ThisBlogThis!Share to TwitterShare to FacebookShare to Pinterest
Labels: motherhood